Adrian Belew (born Robert Steven Belew, December 23, 1949) is an American musician, songwriter, and record producer. A multi-instrumentalist primarily known as a guitarist and singer, Belew is noted for his unusual, impressionistic approach to guitar playing, which, rather than relying on standard instrumental tones, often resembles sound effects or noises made by animals and machines.
Perhaps best known for his long stint as frontman and co-guitarist for the progressive rock group King Crimson from 1981 to 2009, Belew is widely recognized as an "incredibly versatile player" who has released nearly twenty solo albums for Island Records and Atlantic Records, blending or alternating Beatles-inspired pop-rock with more experimental fare. Belew is a member of the intermittently-active pop band the Bears, and fronted his own band GaGa in the late 1970s and early 1980s. He has worked extensively as a session and touring musician, including periods with Frank Zappa, David Bowie, Talking Heads, King Crimson, Laurie Anderson, and Nine Inch Nails, as well as contributing to hit singles by Paul Simon, Tom Tom Club, and others. Belew himself scored a Top 10 hit single in 1989 with "Oh Daddy," and his 2005 single "Beat Box Guitar" was nominated for a Grammy in the Best Rock Instrumental Performance category.
Belew has also worked in instrument design and multimedia, collaborating with Parker Guitars to help design his own Parker Fly signature guitar, and designing his own iOS mobile apps, "FLUX by belew" and "FLUX:FX, the multi-effect audio processor app." 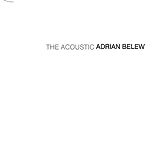 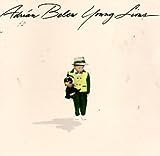 Desire Caught by the Tail