John Zorn (born September 2, 1953) is an American composer, arranger, producer, saxophonist, and multi-instrumentalist with hundreds of album credits as performer, composer, and producer across a variety of genres, including jazz, rock, hardcore, classical, surf, metal, soundtrack, ambient, and improvised music. He incorporates diverse styles in his compositions, which he identifies as avant-garde or experimental. Zorn was described by Down Beat as "one of our most important composers".
Zorn established himself within the New York City downtown music movement in the mid-1970s, performing with musicians across the sonic spectrum and developing experimental methods of composing new music. After releasing albums on several independent US and European labels, Zorn signed with Elektra Nonesuch and received wide acclaim with the release of The Big Gundown, an album reworking the compositions of Ennio Morricone. He attracted further attention worldwide with the release of Spillane in 1987 and Naked City in 1990. After spending almost a decade travelling between Japan and the US, he made New York his permanent base and established his own record label, Tzadik, in the mid-1990s.
Tzadik enabled Zorn to maintain independence from the mainstream music industry and ensured the continued availability of his growing catalog of recordings, allowing him to prolifically record and release new material, issuing several new albums each year, as well as promoting the work of many other musicians. Zorn has led the hardcore bands Naked City and Painkiller, the Jewish music-inspired jazz quartet Masada, composed 613 pieces as part of the three Masada songbooks that have been performed by an array of groups, composed concert music for classical ensembles and orchestras, and produced music for opera, sound installations, film and documentary. Zorn has undertaken many tours of Europe, Asia, and the Middle East, often performing at festivals with many other musicians and ensembles that perform his diverse output.

Transmigration of the Magus

The Testament of Solomon: Music From the Sefer Shirim Shel Shir Hashirim

On Leaves of Grass

In the Hall of Mirrors

In Lambeth: Visions From the Walled Garden of William Blake

On the Torment of Saints, the Casting of Spells and the Evocation of Spirits

Filmworks XXV: City of Slaughter / Schmatta / Beyond the Infinite

Music and Its Double

The Gnostic Preludes: Music of Splendor

At the Gates of Paradise

The Goddess: Music for the Ancient of Days

In Search of the Miraculous

From Silence to Sorcery

The Art of Memory II

The Stone: Issue One

Voices in the Wilderness

Filmworks XIII: Invitation to a Suicide

The Films of Kenneth Anger

Filmworks X: In The Mirror of Maya Deren

Songs from the Hermetic Theater

The Book of Heads 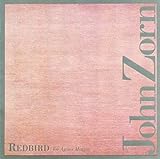 Filmworks II: Music for an Untitled Film by Walter Hill

The Art of Memory

Spy vs. Spy: The Music of Ornette Coleman 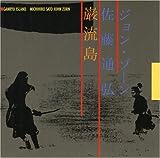 The Classic Guide To Strategy - Volume One 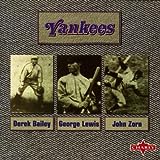 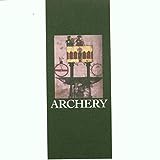 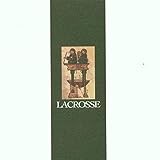 In Memory of Nikki Arane

The Classic Guide To Strategy - Volumes One & Two