Ladytron are a British electronic band formed in Liverpool in 1999. The group consists of Helen Marnie (lead vocals, synthesizers), Mira Aroyo (vocals, synthesizers), Daniel Hunt (synthesizers, guitar, vocals) and Reuben Wu (synthesizers).
Their sound blends electropop with new wave and shoegazing elements. Ladytron described their sound as "electronic pop". Some of the group's songs performed by Aroyo contain lyrics written in her native Bulgarian.
Their name was taken from the song "Ladytron" by Roxy Music. According to Brian Eno, once a member of Roxy Music: "Ladytron are, for me, the best of English pop music. They're the kind of band that really only appears in England, with this funny mixture of eccentric art-school dicking around and dressing up, with a full awareness of what's happening everywhere musically, which is kind of knitted together and woven into something quite new."
Ladytron have released five studio albums so far: 604 (2001), Light & Magic (2002), Witching Hour (2005), Velocifero (2008) and Gravity the Seducer (2011). They also issued the live album Live at London Astoria 16.07.08 in 2009 and the compilation album Best of 00–10 in 2011.
They have produced remixes for many artists, including David Gahan, Erasure, Goldfrapp, Apoptygma Berzerk, Placebo, Blondie, Gang of Four, Christina Aguilera, Nine Inch Nails, Bloc Party, Kings of Convenience, and Indochine.

Destroy Everything You Touch (Remixes) Single 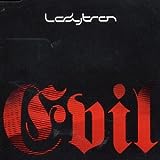 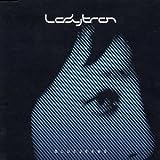 The Way That I Found You Single

He Took Her to a Movie Single

Miss Black and Her Friends EP