Ronald David Wood (born 1 June 1947) is an English rock musician, songwriter, multi-instrumentalist, artist, author and radio personality best known as a member of The Rolling Stones since 1975, as well as a member of Faces and the Jeff Beck Group.
Wood began his career in 1964, when he joined The Birds on guitar. He then joined the mod group The Creation, but remained with the group only for a short time and appeared on a small number of singles. Wood joined the Jeff Beck Group in 1967 as a bass player. The band released two albums, Truth and Beck-Ola, which became moderate successes.
The group split in 1969, and Wood departed along with lead vocalist Rod Stewart to join former Small Faces members Ronnie Lane, Ian McLagan and Kenney Jones in a new group named Faces. The group found great success in the UK and mainland Europe, though were relegated to cult status in the United States. Faces released its debut album, First Step, in 1970. The group went on to release Long Player and A Nod Is As Good As a Wink... to a Blind Horse in 1971. Their last LP, titled Ooh La La, was released in 1973.
As the group began to split, Wood started several solo projects, eventually recording his first solo LP, I've Got My Own Album to Do, in 1974. The album featured bandmate McLagan as well as former Beatle George Harrison and Keith Richards of The Rolling Stones, a longtime friend of Wood's. Richards soon invited Wood to join the Rolling Stones, after the departure of Mick Taylor. Wood joined in 1975 and has remained a member ever since.
Besides I've Got My Own Album to Do, Wood has recorded several other solo efforts. Now Look was released in 1975, and peaked at NO. 118 on Billboard, and Wood collaborated with Ronnie Lane for the soundtrack album Mahoney's Last Stand. He released Gimme Some Neck in 1979, which hit No. 45 in the US, 1234 was released in 1981, peaking at No. 164. He released Slide on This in 1992, Not for Beginners came out in 2002. and I Feel Like Playing in 2010. As a member of the Rolling Stones, Wood was inducted into the Rock and Roll Hall of Fame in 1989, and was inducted a second time, as a member of Faces, in April 2012. 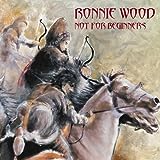 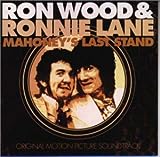 I've Got My Own Album to Do

The Return of Woody Wood Breaker 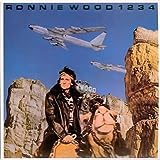