Dolly Rebecca Parton (born January 19, 1946) is an American singer, songwriter, multi-instrumentalist, record producer, actress, author, businesswoman, and philanthropist, known primarily for her work in country music. After achieving success as a songwriter for others, Dolly Parton made her album debut in 1967, with her album Hello, I'm Dolly. With steady success during the remainder of the 1960s (both as a solo artist and with a series of duet albums with Porter Wagoner), her sales and chart peak came during the 1970s and continuing into the 1980s; Parton's subsequent albums in the later part of the 1990s were lower in sales. However, in the new millennium, Parton achieved commercial success again and has released albums on independent labels since 2000, including albums on her own label, Dolly Records.
Parton is the most honored female country performer of all time. Achieving 25 Recording Industry Association of America (RIAA) certified Gold, Platinum, and Multi-Platinum awards, she has had 25 songs reach No. 1 on the Billboard country music charts, a record for a female artist (tied with Reba McEntire). She has 41 career top-10 country albums, a record for any artist, and she has 110 career charted singles over the past 40 years. She has garnered nine Grammy Awards, two Academy Award nominations, ten Country Music Association Awards, seven Academy of Country Music Awards, three American Music Awards, and is one of only seven female artists to win the Country Music Association's Entertainer of the Year Award. Parton has received 47 Grammy nominations.
In 1999, Parton was inducted into the Country Music Hall of Fame. She has composed over 3,000 songs, notably "I Will Always Love You" (a two-time U.S. country chart-topper for Parton, as well as an international pop hit for Whitney Houston), "Jolene", "Coat of Many Colors", and "9 to 5". She is also one of the few to have received at least one nomination from the Academy Awards, Grammy Awards, Tony Awards, and Emmy Awards. As an actress, she has starred in films such as 9 to 5 (1980) and The Best Little Whorehouse in Texas (1982), for which she earned Golden Globe nominations for Best Actress, as well as Rhinestone (1984), Steel Magnolias (1989), Straight Talk (1992) and Joyful Noise (2012).

Blue Smoke / The Best Of

Just Because I'm a Woman

All I Can Do / New Harvest...First Gathering 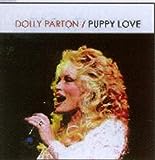 Those Were the Days

For God and Country

The Grass Is Blue

Slow Dancing With the Moon

Eagle When She Flies

Once Upon a Christmas

All I Can Do

Dolly: The Seeker / We Used To

Coat of Many Colors

Two of a Kind

The Fairest of Them All

In the Ghetto / Bridge Single

In the Good Old Days (When Times Were Bad)

In the Good Old Days / Try Being Lonely Single

Just Because, I'm a Woman / I Wished I Felt This Way at Home Single

Holding On to Nothing / Just Between You and Me Single

Just the Two of Us

I'm Not Worth the Tears / Ping Pong Single

The Last Thing on My Mind / Love Is Worth Living Single

Why, Why, Why / I Couldn't Wait Forever Single

Little Things / I'll Put If Off Until Tomorrow Single

Control Yourself / Don't Drop Out Single

Dumb Blonde / The Giving and the Taking Single

Busy Signal / I Took Him for Granted Single

I Wasted My Tears / What Do You Think About Lovin' Single

It's Sure Gonna Hurt / The Love You Gave Single

Both Sides of Dolly Parton

I Will Always Love You 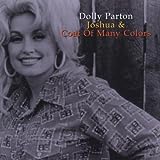 Joshua / Coat of Many Colors

Just Between You and Me

Just the Way I Am 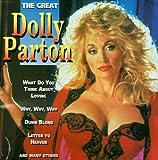 The World of Dolly Parton 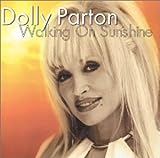