Ella Jane Fitzgerald (April 25, 1917 – June 15, 1996) was an American jazz singer sometimes referred to as the First Lady of Song, Queen of Jazz, and Lady Ella. She was noted for her purity of tone, impeccable diction, phrasing, intonation, and a "horn-like" improvisational ability, particularly in her scat singing.
After tumultuous teenage years, Fitzgerald found stability in musical success with the Chick Webb Orchestra, performing across the country but most often associated with the Savoy Ballroom in Harlem. Fitzgerald's rendition of the nursery rhyme "A-Tisket, A-Tasket" helped boost both her and Webb to national fame. After taking over the band when Webb died, Fitzgerald left it behind in 1942 to start a solo career that would last the rest of her life.
Her manager was Moe Gale, co-founder of the Savoy, until she turned the rest of her career over to Norman Granz, who founded Verve Records to produce new records by Fitzgerald. With Verve she recorded some of her more widely noted works, particularly her interpretations of the Great American Songbook.
While Fitzgerald appeared in movies and as a guest on popular television shows in the second half of the twentieth century, her musical collaborations with Louis Armstrong, Duke Ellington, and The Ink Spots were some of her most notable acts outside of her solo career. These partnerships produced recognizable songs like "Dream a Little Dream of Me", "Cheek to Cheek", "Into Each Life Some Rain Must Fall", and "It Don't Mean a Thing (If It Ain't Got That Swing)".
In 1993, she ended her fifty-nine year career with her last public performance. Three years later she died at the age of 79 after years of declining health. Her accolades included fourteen Grammy Awards, the National Medal of Arts, and the Presidential Medal of Freedom.

Ella Fitzgerald - The Best Of The BBC Vaults

Christmas Together with Ella & Louis 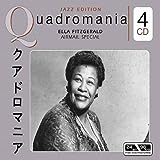 Rhythm Is My Business

On the Air: The Complete 1940 Broadcasts

Best of the Songbook: The Collection 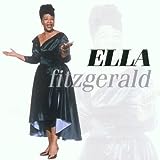 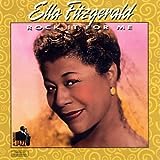 Rock It For Me

Nice Work If You Can Get It

Ella & Basie: On the Sunny Side of the Street

The Best Is Yet to Come 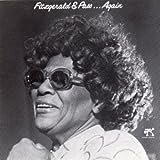 A Place for Lovers / Lonely Is Single

It's Up to Me and You / Brighten the Corner Single

Born to Lose / I Taught Him Everything He Knows Single

These Are the Blues

Ella Wishes You a Swinging Christmas

Let No Man Write My Epitaph

I'm Making Believe / Into Each Life Some Rain Must Fall Single

20th Century Masters - The Millennium Collection: The Best of Ella Fitzgerald & Louis A

Best of Twelve Nights in Hollywood

Lover Come Back To Me

Lullabies of Birdland / Sweet and Hot

Mack the Knife: The Complete Ella in Berlin 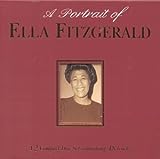 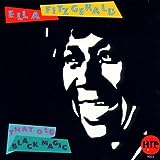 The Collection (The Capitol Recordings)

The Very Best Of The Harold Arlen Song Book

The Very Best: What Ya Do

What a Wonderful Duet