Human Nature is an Australian boy band, which formed in 1989, with Toby Allen, Phil Burton and brothers, Andrew and Mike Tierney. Originally they were a doo-wop group, the 4 Trax, while the members were schoolmates. After signing with Sony Music as Human Nature, they released their debut album, Telling Everybody, in 1996. Three of their albums have reached number one on the ARIA Albums Charts, Counting Down (May 1999), Reach Out: The Motown Record (November 2005) and Dancing in the Street: The Songs of Motown II (October 2006). Two other albums reached number two, Get Ready (November 2007) and Jukebox (October 2014). Their top 10 hits on the related ARIA Singles Chart are "Wishes" (October 1996), "Don't Say Goodbye" (March 1997), "Everytime You Cry" (duet with John Farnham, October 1997), "Don't Cry" (July 1999), "Eternal Flame" (October 1999), "He Don't Love You" (November 2000) and "When You Say You Love Me" (April 2004). Three of their albums received multi-platinum certification from ARIA, and four have received platinum, with a total shipment of over 1.6 million records in Australia, as of April 2011.
The group have toured both nationally and internationally including as a support act for Celine Dion on her Falling Into You Around the World Tour (March 1996, June 1997) and Let's Talk About Love World Tour (1998). They also opened for Michael Jackson on the HIStory World Tour (December 1996, early to mid-1997). At the ARIA Music Awards of 2006 they won Highest Selling Album for Reach Out: The Motown Record. In May 2009 they began a residency performing a Motown-themed show on the Las Vegas Strip and in April 2014 they completed their 1000th show.

Dancing in the Street: The Songs of Motown II

Dancing in the Street: The Songs of Motown II (bonus disc: Reach Out)

Here and Now: The Best of Human Nature 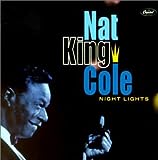 When We Were Young Single

He Don't Love You Single

Be There With You Single

Got It Goin' On Single