Kenneth Ray Rogers (born August 21, 1938) is an American singer, songwriter, actor, record producer, and entrepreneur. He is a member of the Country Music Hall of Fame.
Though he has been most successful with country audiences, Rogers has charted more than 120 hit singles across various music genres, topped the country and pop album charts for more than 200 individual weeks in the United States alone, and has sold over 100 million records worldwide, making him one of the best-selling music artists of all time. On September 25, 2015, Rogers announced on NBC's Today Show that he was retiring from show business after a final tour to spend more time with his wife and twin boys.
Two of his albums, The Gambler and Kenny, are featured in the About.com poll of "The 200 Most Influential Country Albums Ever". He was voted the "Favorite Singer of All-Time" in a 1986 joint poll by readers of both USA Today and People. He has received numerous awards such as the AMAs, Grammys, ACMs and CMAs, as well as a lifetime achievement award for a career spanning six decades in 2003.
Later success includes the 2006 album release, Water & Bridges, an across the board hit, that hit the Top 5 in the Billboard Country Albums sales charts, also charting in the Top 15 of the Billboard 200. The first single from the album, "I Can't Unlove You", was also a sizable chart hit. Remaining a popular entertainer around the world, the following year he completed a tour of the United Kingdom and Ireland, telling BBC Radio 2 DJ Steve Wright his favorite hit was "The Gambler". He has also acted in a variety of movies and television shows, most notably the title roles in Kenny Rogers as The Gambler and the MacShayne series as well as his appearance on The Muppet Show. He is also a co-founder of the restaurant chain Kenny Rogers Roasters.

The Love of God

Back to the Well 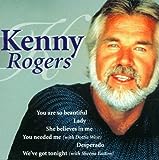 There You Go Again

Christmas From the Heart

If Only My Heart Had a Voice

Something Inside So Strong

I Prefer the Moonlight

The Heart of the Matter

Once Upon a Christmas 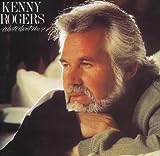 Eyes that See in the Dark 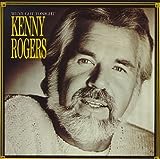 Love Will Turn You Around Single 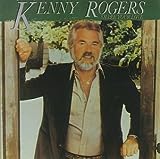 Through the Years Single

Coward of the County Single

Have I Told You Lately

Me and Bobby McGee