Paul Cardall (born April 24, 1973) is an American pianist known for his original compositions and arrangements of various hymns. His music is frequently categorized as Christian, New Age, Classical, and Religious. Cardall has had three of his works peak at #1 on The Billboard charts.
Cardall's soothing, melodic style is born out of his compassion to help others endure hardship and connect to the strength of the soul. The passion he exudes during his performances is rooted in personal experience. He was born with essentially half a functioning heart, which required immediate surgery when Cardall was less than a day old. His life-threatening congenital heart disease and a series of difficult surgeries throughout his life, including a heart transplant, has given Cardall wisdom, depth and understanding that only music could express to heal hearts and minds of people all over the world.
Based in Salt Lake City, Cardall has built a loyal and ever growing audience around the world, with his reach expanding to the United States, Mexico, Brazil, Spain, Australia, Canada, and many more countries where fans listen to his music. Cardall reaches more than 600,000 Facebook users each week and garners more than 15 million subscribers to his Pandora Radio station. On Pandora, he receives over 250 million spins per year and has over 42 million streams on Spotify.
In addition to his recording career, Cardall founded Stone Angel Music in 1999, which owns a catalogue of recordings by other similar artists. He launched cellist Steven Sharp Nelson's (The Piano Guys) recording career releasing three recordings which debuted on Billboard classical charts. As part of Stone Angel Music, Cardall built one of Salt Lake City's premier recording studios.
In 2011, Utah State Board of Regents awarded Paul Cardall with an honorary doctorate because of his community service. As an executive board member of the Saving tiny Hearts Society 501(c)3, Cardall actively promotes and supports congenital heart disease medical research. Shortly after receiving a heart transplant in 2009, he established an endowment at Salt Lake Community College that awards annual scholarships for students affected by congenital heart disease. In addition to volunteer service related to healing hearts, Cardall speaks publicly about his story to many different audiences. 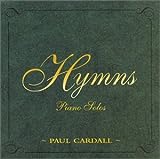 Miracles - A Journey of Hope & Healing