Prince Rogers Nelson (June 7, 1958 – April 21, 2016) was an American singer, songwriter, musician, record producer and filmmaker.
Born and raised in Minneapolis, Minnesota, Prince was known for his electric work, flamboyant stage presence, extravagant fashion sense and use of makeup, and wide vocal range. His innovative music integrated a wide variety of styles, including funk, rock, R&B, new wave, soul, psychedelia, and pop. He sold over 100 million records worldwide, making him one of the best-selling music artists of all time. He won eight Grammy Awards, six American Music Awards, a Golden Globe Award, and an Academy Award for the 1984 film Purple Rain. He was inducted into the Rock and Roll Hall of Fame in 2004.
Prince developed an interest in music as a young child and wrote his first song at the age of seven. He signed a recording contract with Warner Bros. Records at the age of 17, and released his debut album For You in 1978. His 1979 album Prince went platinum, and his next three records—Dirty Mind (1980), Controversy (1981), and 1999 (1982)—continued his success, showcasing his prominently explicit lyrics and blending of funk, dance, and rock music. In 1984, he began referring to his backup band as the Revolution and released Purple Rain, the soundtrack album to his film debut. It quickly became his most critically and commercially successful release, spending 24 consecutive weeks atop the Billboard 200 and selling over 20 million copies worldwide. After releasing the albums Around the World in a Day (1985) and Parade (1986), The Revolution disbanded, and Prince released the double album Sign o' the Times (1987) as a solo artist. He released three more solo albums before debuting The New Power Generation band in 1991.
In 1993, while in a contractual dispute with Warner Bros., he changed his stage name to an unpronounceable symbol (), also known as the "Love Symbol", and began releasing new albums at a faster rate to remove himself from contractual obligations. He released five records between 1994 and 1996 before signing with Arista Records in 1998. In 2000, he began referring to himself as "Prince" again. He released 16 albums after that, including the platinum-selling Musicology (2004). His final album, Hit n Run Phase Two, was first released on the Tidal streaming service on December 2015. Five months later, at the age of 57, Prince died of an accidental fentanyl overdose at his Paisley Park recording studio and home in Chanhassen, Minnesota. 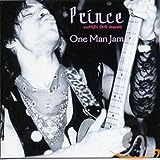 One Nite Alone... (Solo piano and voice by Prince)

The Greatest Romance Ever Sold Single

Betcha by Golly Wow! / Right Back Here in My Arms Single

I Hate U Single

The Most Beautiful Girl in the World Single 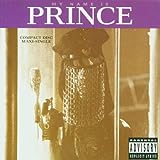 My Name Is Prince Single

Thieves in the Temple Single

The Arms of Orion Single

If I Was Your Girlfriend Single

I Could Never Take the Place of Your Man Single

U Got the Look Single

Parade - Music From The Motion Picture Under The Cherry Moon

I Wanna Be Your Lover Single

Extended Member of the Royal Household

Girl 6: Music From The Motion Picture

One Nite Not So Alone (disc 1)

The Very Best of Prince

U Make My Sun Shine Single