Samuel George Davis Jr. (December 8, 1925 – May 16, 1990) was an American singer, dancer, actor and comedian. He was noted for his impressions of actors, musicians and other celebrities. At the age of three, Davis began his career in vaudeville with his father, Sammy Davis Sr. and the Will Mastin Trio, which toured nationally. After military service, Davis returned to the trio. Davis became an overnight sensation following a nightclub performance at Ciro's (in West Hollywood) after the 1951 Academy Awards. With the trio, he became a recording artist. In 1954, he lost his left eye in a car accident, and several years later, he converted to Judaism finding commonalities between the oppression experienced by African-American and Jewish communities.
Davis's film career began as a child in 1933. In 1960, he appeared in the Rat Pack film Ocean's 11. After a starring role on Broadway in Mr Wonderful (1956), he returned to the stage in 1964's Golden Boy. In 1966 he had his own TV variety show, titled The Sammy Davis Jr. Show. Davis's career slowed in the late 1960s, but he had a hit record with "The Candy Man" in 1972 and became a star in Las Vegas, earning him the nickname "Mister Show Business".
Davis was a victim of racism throughout his life, particularly during the pre-Civil Rights era, and was a large financial supporter of the Civil Rights Movement. Davis had a complex relationship with the black community, and drew criticism after publicly supporting President Richard Nixon in 1972 (although he later returned to being a Democrat). One day on a golf course with Jack Benny, he was asked what his handicap was. "Handicap?" he asked. "Talk about handicap. I'm a one-eyed Negro Jew." This was to become a signature comment, recounted in his autobiography and in countless articles.
After reuniting with Frank Sinatra and Dean Martin in 1987, Davis toured with them and Liza Minnelli internationally, before his death from throat cancer in 1990 at age 64. He died in debt to the Internal Revenue Service, and his estate was the subject of legal battles. Davis was awarded the Spingarn Medal by the NAACP and was nominated for a Golden Globe Award and an Emmy Award for his television performances. He was the recipient of the Kennedy Center Honors in 1987, and in 2001, he was posthumously awarded the Grammy Lifetime Achievement Award. In 2017 he was inducted into the Rhythm & Blues Hall of Fame for being the Greatest Entertainer in the World said the founder of the Rhythm & Blues Hall of Fame, Lamont "ShowBoat" Robinson. Davis has a BBYO (B'nai B'rith Youth Organization) chapter located in Bethesda, Maryland.

Salutes the Stars of the London Palladium

At the Cocoanut Grove

It's All Over but the Swingin' / I Gotta Right to Swing!

In My Own Lifetime / I'll Begin Again Single

I've Gotta Be Me

She Believes in Me / Don't Blame the Children Single 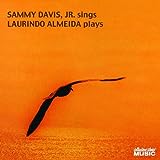 Sings the Big Ones for Young Lovers

The Shelter of Your Arms

What Kind of Fool Am I: And Other Show-Stoppers

I Gotta Right to Swing

It's All Over but the Swingin'

All of You / Just One of Those Things Single

That Old Black Magic / A Man With a Dream Single

Something's Gotta Give / Love Me or Leave Me Single

All the Things You Are 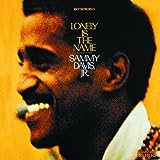 Lonely Is the Name

The Best of Sammy Davis, Jr.