Satan is an entity in the Abrahamic religions that seduces humans into sin. In Christianity and Islam, he is usually seen as a fallen angel, or a jinni, who used to possess great piety and beauty, but rebelled against God, who nevertheless allows him temporary power over the fallen world and a host of demons.
A figure known as "the satan" first appears in the Tanakh as a heavenly prosecutor, a member of the sons of God subordinate to Yahweh, who prosecutes the nation of Judah in the heavenly court and tests the loyalty of Yahweh's followers by forcing them to suffer. During the intertestamental period, possibly due to influence from the Zoroastrian figure of Angra Mainyu, the satan developed into a malevolent entity with abhorrent qualities in dualistic opposition to God. In the apocryphal Book of Jubilees, Yahweh grants the satan (referred to as Mastema) authority over a group of fallen angels to tempt humans to sin and punish them.
In the Synoptic Gospels, Satan tempts Jesus in the desert and is identified as the cause of illness and temptation. Satan is described in the New Testament as the "ruler of the demons" and "the god of this age". In the Book of Revelation, Satan appears as a Great Red Dragon, who is defeated by Michael the Archangel and cast down from Heaven. He is later bound for one thousand years, but is briefly set free before being ultimately defeated and cast into the Lake of Fire. In Christianity, Satan is also known as the Devil and, although the Book of Genesis does not mention him, he is often identified as the serpent in the Garden of Eden.
Satan's appearance is never described in the Bible, but, since the ninth century, he has often been shown in Christian art with horns, cloven hooves, unusually hairy legs, and a tail, often naked and holding a pitchfork. These are an amalgam of traits derived from various pagan deities, including Pan, Poseidon, and Bes. In medieval times, Satan played a minimal role in Christian theology and was used as a comic relief figure in mystery plays. During the early modern period, Satan's significance greatly increased as beliefs such as demonic possession and witchcraft became more prevalent. During the Age of Enlightenment, belief in the existence of Satan became harshly criticized. Nonetheless, belief in Satan has persisted, particularly in the Americas.
In the Quran, Shaitan, also known as Iblis, is an entity made of fire who was cast out of Heaven because he refused to bow before the newly-created Adam and incites humans and jinn to sin by infecting their minds with waswās ("evil suggestions"). Although Satan is generally viewed as evil, some groups have very different beliefs. In Theistic Satanism, Satan is considered a deity who is either worshipped or revered. In LaVeyan Satanism, Satan is a symbol of virtuous characteristics and liberty. Satan appears frequently in Christian literature, most notably in Dante Alighieri's Inferno, variants of the Faust legend, John Milton's Paradise Lost and Paradise Regained, and the poems of William Blake. He continues to appear in film, television, and music. 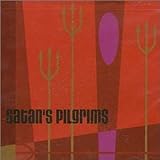