They Want My Soul 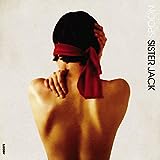 I Turn My Camera On Single

The Way We Get By EP

Everything Hits at Once Single

Anything You Want Single

The Agony of Laffitte Single

A Series of Sneaks

Not Turning Off Single

All the Negatives Have Been Destroyed Single