Stereophonics are a Welsh rock band that formed in 1992 in the village of Cwmaman in the Cynon Valley. The band consists of Kelly Jones (lead vocals, lead guitar, keyboards), Richard Jones (bass guitar, piano, backing vocals), Adam Zindani (rhythm guitar, backing vocals), Jamie Morrison (drums, percussion) and touring member Tony Kirkham (keyboards). The group previously included Stuart Cable (1992–2003) and then Javier Weyler (2004–2012) on drums. Stereophonics have released ten studio albums, including six UK number one albums. Their latest album is Scream Above the Sounds (2017). A successful compilation album, Decade in the Sun, was released in November 2008 and charted at number two in the United Kingdom.
Described as "classic UK rock delivered with whiskey vocals", the band have been summarised as possessing a sound akin to the genres of alternative rock and "British traditional rock". Stereophonics' debut album, Word Gets Around, was released in August 1997 and charted at number six in the UK, aided by the singles "Local Boy in the Photograph", "More Life in a Tramps Vest" and "A Thousand Trees". The band reached mainstream success with the release of Performance and Cocktails (and its promotional singles "The Bartender and the Thief", "Just Looking" and "Pick a Part That's New") in 1999 and have achieved a total of ten top-ten singles as well as one number one: "Dakota" (2005). Having sold around 10 million copies worldwide, Stereophonics are one of the most successful Welsh rock acts. Upon their release of Pull the Pin, they became the eighth group to achieve five consecutive UK number one albums (after the Beatles, Led Zeppelin, ABBA, Genesis, Oasis, Blur and U2).
The band have also been praised for their live performances, which have landed them headlining slots at many of the UK and Ireland's most high-profile music festivals, including Reading and Leeds in 2000, Glastonbury in 2002, V festival in 2002, the Isle of Wight in 2004 and 2009, and Oxegen in 2010. The band is part of the Cardiff music scene.

Graffiti on the Train

In A Moment Single

Keep Calm and Carry On

You Gotta Go There to Come Back

Have a Nice Day Single

Who Are You Single

Mama Told Me Not to Come Single

I Wouldn't Believe Your Radio Single

Hurry Up and Wait Single

The Bartender and the Thief Single

Local Boy in the Photograph Single 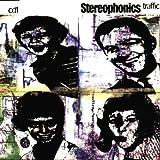 Word Gets Around Acoustic EP EP

Decade in the Sun: Best of Stereophonics

Decade in the Sun: The Best of Stereophonics 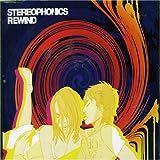 Since I Told You It's Over Single