War is a state of armed conflict between states or societies. It is generally characterized by extreme aggression, destruction, and mortality, using regular or irregular military forces. Warfare refers to the common activities and characteristics of types of war, or of wars in general. Total war is warfare that is not restricted to purely legitimate military targets, and can result in massive civilian or other non-combatant suffering and casualties.
While some scholars see war as a universal and ancestral aspect of human nature, others argue it is a result of specific socio-cultural or ecological circumstances.
The deadliest war in history, in terms of the cumulative number of deaths since its start, is World War II, from 1939 to 1945, with 60–85 million deaths, followed by the Mongol conquests at up to 60 million. As concerns a belligerent's losses in proportion to its prewar population, the most destructive war in modern history may have been the Paraguayan War (see Paraguayan War casualties). In 2013 war resulted in 31,000 deaths, down from 72,000 deaths in 1990. In 2003, Richard Smalley identified war as the sixth (of ten) biggest problem facing humanity for the next fifty years. War usually results in significant deterioration of infrastructure and the ecosystem, a decrease in social spending, famine, large-scale emigration from the war zone, and often the mistreatment of prisoners of war or civilians. For instance, of the nine million people who were on the territory of the Byelorussian SSR in 1941, some 1.6 million were killed by the Germans in actions away from battlefields, including about 700,000 prisoners of war, 500,000 Jews, and 320,000 people counted as partisans (the vast majority of whom were unarmed civilians). Another byproduct of some wars is the prevalence of propaganda by some or all parties in the conflict, and increased revenues by weapons manufacturers. 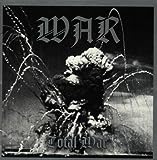 The Very Best of War